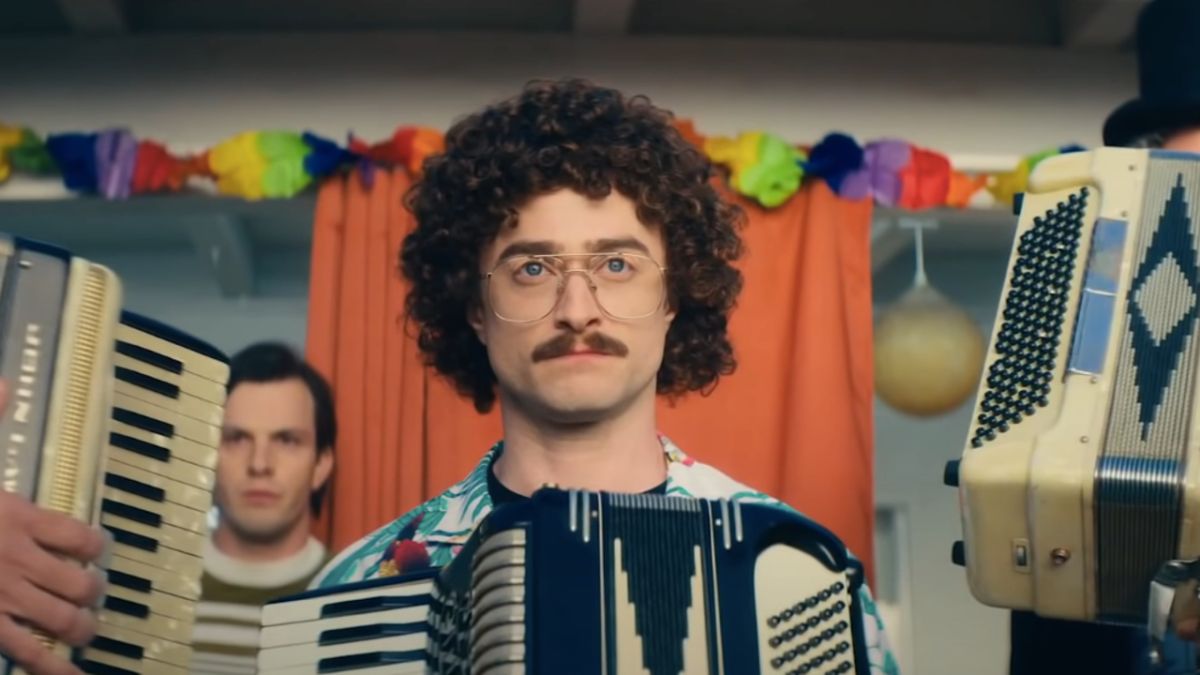 2022 has been a wild ride when it comes to the upcoming movie Weird: The Al Yankovic Story. The year kicked off with Daniel Radcliffe announced as playing Weird Al, and the project has been full steam ahead ever since. Brace yourselves, as the Roku Channel original now has a release date, and it sets the film’s debut pretty soon on the calendar.

Debuting the news through a new poster advertising the film, Roku revealed that Weird: The Al Yankovic Story will be premiering on November 4th. So those of you who wrote “this fall” on your movie calendars can go ahead and update your notes accordingly. What’s even crazier is that you won’t need any sort of premium subscription to watch the film, which is also confirmed in the announcement tweet below:

Daniel Radcliffe is WEIRD. Stream #WEIRDTheAlYankovicStory free on November 4. Only on The Roku Channel. pic.twitter.com/X5J6BVu0MCJuly 27, 2022

Weird: The Al Yankovic Story is a pretty wild project, as it’s basically an exaggerated spoof on the sort of biopic that’s been made time and again. Skewing more towards the approach of Walk Hard: The Dewey Cox Story, director Eric Appel’s feature adaptation of his own Funny or Die short is just the sort of weird project Daniel Radcliffe has been known to take as of late. That energy was part of why Al Yankovic picked Radcliffe as his fictional surrogate, and it’s a choice that keeps paying off.

As if the first look at Daniel Radcliffe as Weird Al wasn’t promising enough, the further updates that have come from Weird: The Al Yankovic Story only help build the anticipation to November’s grand debut. News like Westworld’s Evan Rachel Wood being cast as Madonna has proven that the roster of talent recruited is ready to get weird with things.

All the while, Al Yankovic’s support and participation in the film should be all the approval his devotees should need in order to get on board. Weird: The Al Yankovic Story is the closest thing to a spiritual sequel to UHF that we’re going to get for now. Though if this nutty biopic parody takes off, there’s no reason to think that reviving that other Weird Al film for another go isn’t off the table… unless Al himself isn’t interested, in which case that’s a Twinkie wiener sandwich that’s staying in the wrapper.

Weird: The Al Yankovic Story streams for free (yes, you read that right) on The Roku Channel starting November 4th. If you want to see Daniel Radcliffe getting weird in another context, you can watch him in the Sandra Bullock/Channing Tatum rom-com adventure The Lost City. Paramount Plus subscribers can partake in the film at the time of this writing, while all others can rent and purchase the film on physical and digital media.