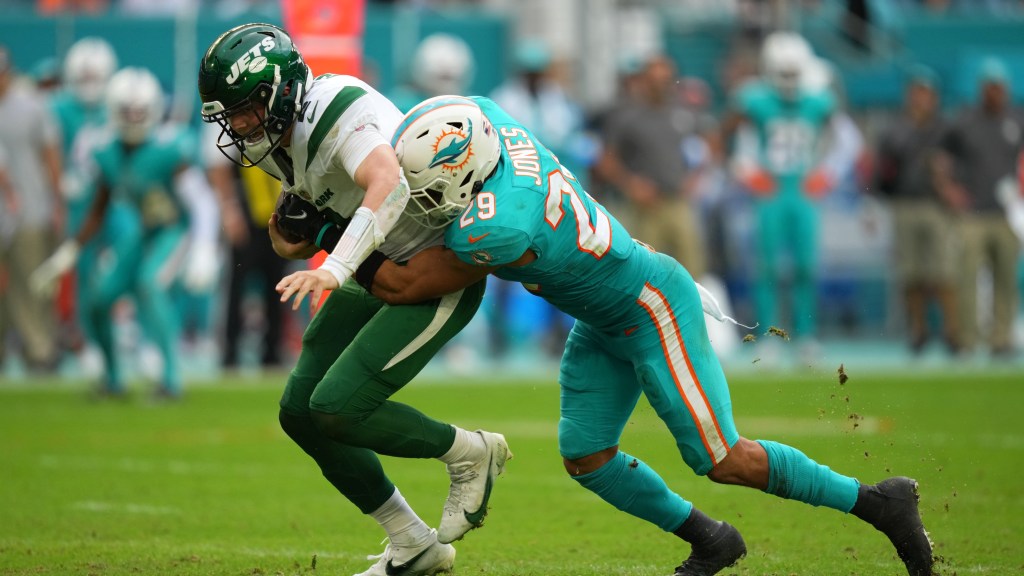 This past week, EA Sports, the publisher of the Madden video game franchise, released launch ratings for the newest installment of the game, Madden 23 which comes out on August 19.

We spent some time this week going through the ratings for nearly every member of the Miami Dolphins that was announced, and there were plenty that fans and media had gripes with, including cornerback Xavien Howard being tied for the 10th-best cornerback in the game.

Dolphins third-year safety Brandon Jones took to Tik Tok to react to his 72 overall rating, and it feels like he’s hurt by the news.

Jones continues to be hilarious off the field, and he’s probably right, 72 does seem pretty low.

Every NFL team’s most underrated player heading into 2022