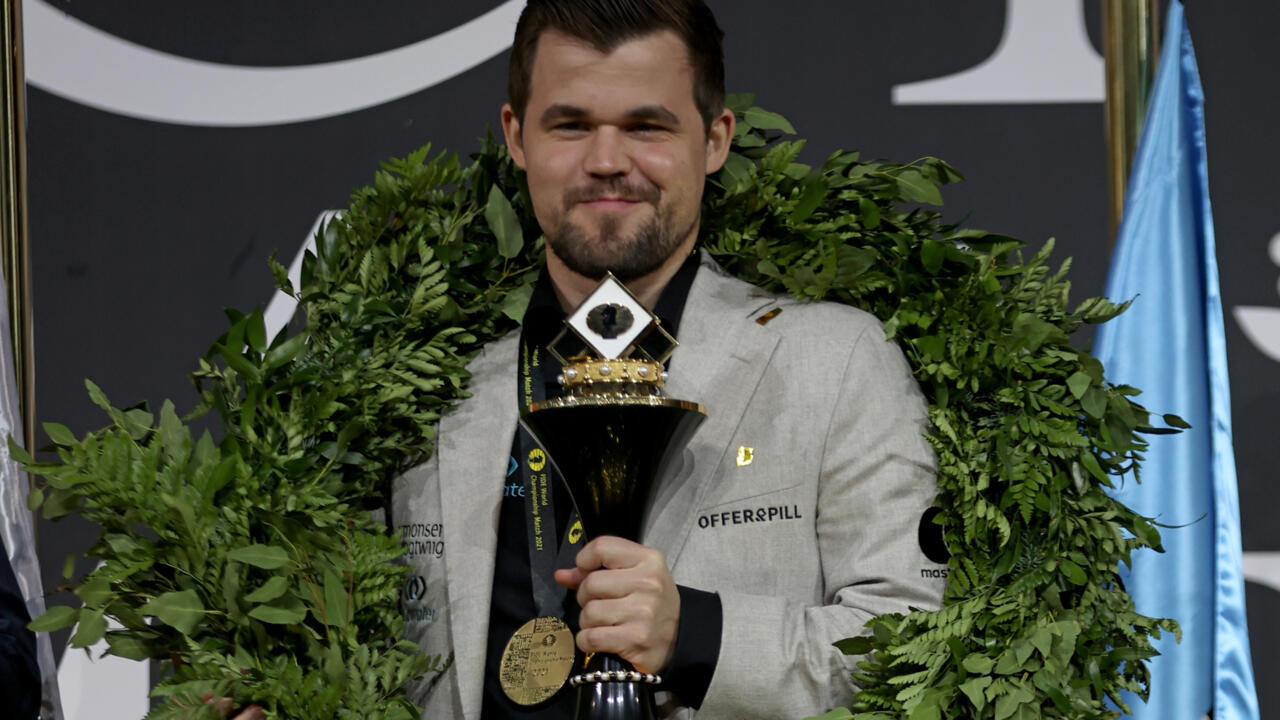 Paris (AFP) – From a bored Nordic chess god to whether we have got the Almighty all wrong. Your weekly roundup of offbeat stories from around the world.

If you have watched Netflix’s “The Queen’s Gambit” you will know that chess players are hyper-competitive obsessives who live only to see the hope die in their opponents’ eyes as they mercilessly crush them.

Which is why fans are agog that Magnus Carlsen — the best player on the planet for a decade — has come out as a slacker, saying he can’t be bothered to defend his world title.

“I am not motivated to play another match,” Carlsen deadpanned on his new podcast “The Magnus Effect”, making no attempt to disguise his ennui.

“I simply feel that I don’t have a lot to gain. I don’t particularly like it,” the 31-year-old added to the sound of jaws hitting the floor.

Although the International Chess Federation has been on its knees begging him to return, the Norwegian has clearly grown bored at crushing all comers.

“Although I’m sure a match would be interesting for historical reasons and all of that, I don’t have any inclination to play.”

Carlsen, however, is not quitting chess entirely, sparking speculation that he has another move up his sleeve…

Only in Texas. A pregnant woman is trying to wriggle out of a fine for driving in a car sharing lane by saying she had a passenger — her unborn baby.

Brandy Bottone, 32, who is eight months pregnant, argues that the US Supreme Court’s overturning of the Roe v Wade ruling that gave women access to abortion, means her foetus was a legitimate passenger.

The Texas criminal code, like that of many conservative states, recognises a foetus as a “person”, but the police were unswayed telling her a passenger had to be “outside the body”.

But Bottone is fighting on, which means the courts may also have to rule on whether a foetus can be said to be wearing a seatbelt…

A Philippine mayor has ordered public servants to smile or be fined six months salary.

Aristotle Aguirre, the son of a former justice minister in ex-president Rodrigo Duterte’s authoritarian administration, says he came up with the smile policy “to send good vibes to our employees and constituents”.

Aguirre said the fishing folk and coconut growers who live in Mulanay in Quezon province were tired of sullen service from town hall staff.

Yet enforcing the smile rule could prove tricky as Filipinos are still required to wear a face mask because of the pandemic.

But Aguirre insists people can sense if someone is smiling inside.

They know not what they do

A Norwegian theologian has prompted much flapping of cassocks after suggesting that churches should stop referring to God as He or Him.

Jorunn Okland told AFP that biblical scholars have always argued that “God is beyond the human… beyond masculine and feminine” and therefore it was logical to use a gender neutral pronoun.

Her call comes as the non-gendered Nordic pronoun “hen” entered the Norwegian dictionary.

The fact that Christians believe in the trinity of God the Father, the Son and the Holy Spirit was another reason to go with “they”.